The practical impact of digital manufacturing

Is it possible to identify a real economic impact resulting from the ‘digital revolution’ in manufacturing? Governments in a number of countries have made efforts to boost their national economies through investment in digital manufacturing. But is there yet evidence of any resulting upturn in productivity, gross value added, or employment?

Over the last few years, there have been many predictions made about the potential impact of the digital revolution on manufacturing and the wider economy. The forecasts point to a potentially disruptive effect of digital technologies across all aspects of industries – from the way in which products are made, the types of jobs manufacturers are able to provide, and the functionalities offered by digitally enabled products and services.

In keeping with this outlook, the Made Smarter Review for the UK government in 2017 projected that the adoption of digital technologies in UK industry could lead to a 25% increase in productivity by 2025.

But can we yet point to evidence of impact that companies can relate to? Innovate UK (IUK) recently commissioned the Policy Links Unit and senior academics at the Institute for Manufacturing, University of Cambridge to evaluate the evidence on the impact of digital manufacturing. The resulting report, The Practical Impact of Digital Manufacturing: Results From Recent International Experience, analyses how digitalisation technologies are actually being deployed in key manufacturing countries, and the results for the firms deploying them. The aim was to identify both expected and observed results of digitalisation in manufacturing, drawing on examples from around the globe.

IUK’s primary objective was to build the evidence base to inform investments in digital manufacturing technologies under Wave 3 of the government’s Industrial Strategy Challenge Fund - part of government’s Industrial Strategy, the long-term plan to raise productivity and earning power in the UK. The UK government has made a commitment to increase funding in research and development by £4.7 billion over 4 years to strengthen science and business nationally.

National governments have attempted to estimate for the expected economic impact of digitalisation on manufacturing, using national-level indicators such as productivity, value added and jobs.

However, these evaluations have so far been almost entirely focused on future predictions, with attempts to quantify the expected impact of digital adoption, mainly based on rough macroeconomic extrapolations and survey data.

Very few countries have published data on real (observed) impact of digitalisation across their national economies. Singapore and Korea are notable exceptions - both reporting the same level of improvements in manufacturing efficiency in firms (around 30%). In Korea, systematic efforts have been made to evaluate the firm-level impacts of digital adoption on over 3,000 firms supported by a major national programme, the Korea Smart Manufacturing Initiative.

Policymakers making investment decisions are better equipped if they can refer to actual evidence of observed impact alongside projections. But so far there has been a lack of availability and analysis of such evidence.

For IUK, making the case for investment from the Industrial Strategy Challenge Fund to be put into digitalisation of manufacturing required evidence-based research to unpick how the digital revolution is playing out in the major manufacturing economies. IUK also wanted to understand if there are lessons the UK can learn from other countries, and the types of digital transformation initiatives that are likely to deliver impact.

This required deeper investigation into the manufacturing activity at company level.

To do this, the team developed a common framework to collate and compare data from across different countries and different types of organisations. This was no small feat, given the variety of terminology used and lack of commonality in how impact and productivity are measured.

The study also identified which activities are being prioritised for digitalisation investments by manufacturing firms, and where the business value is being created.

Much of the data was drawn from small and medium size enterprises (SMEs), which is the focus of the majority of funding initiatives worldwide. The richest sources of data were from key manufacturing countries such as China, France, Germany, Korea, Japan, Singapore, the US and Canada.

The team identified over 1,000 use cases from across these economies, and selected 200 companies (all participating in government-backed initiatives supporting digitalisation) for closer study. In each of these 200 cases, the team examined the business areas being prioritised, the types of digital applications companies were using, and the benefit they reported from digital adoption.

Digital applications and solutions were classified according to the functional areas where they were deployed, as shown in the figure: 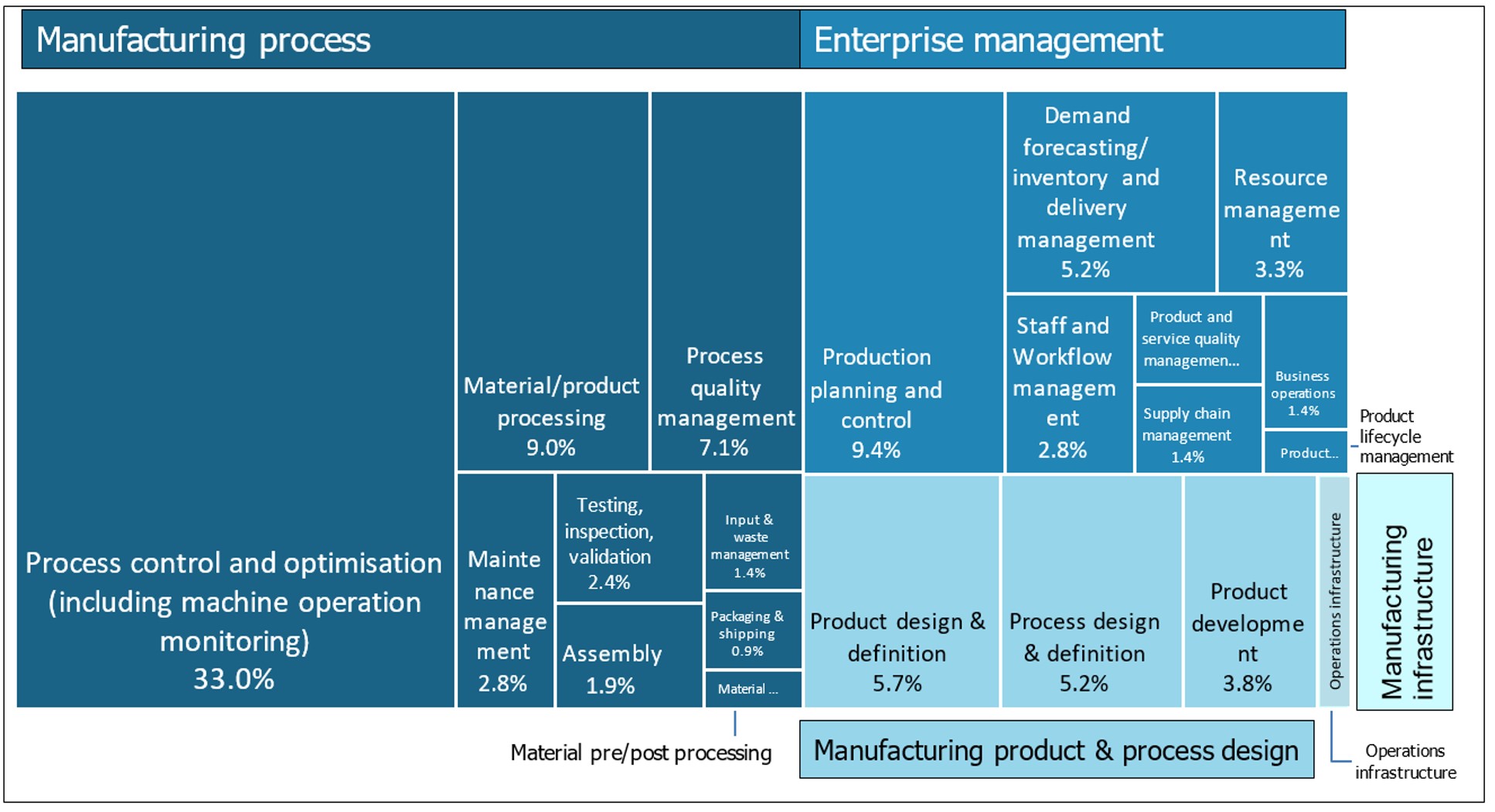 igure 1: Image shows that most manufacturing firms are applying digital technologies in the manufacturing process itself, primarily to improve process control and optimisation

There was a heavy emphasis on prioritising digitalisation at the manufacturing process level. The firms analysed were found to be prioritising the following areas:

Where are firms getting the most value from digitalisation?

The team then analysed the impact reported by firms from their digital investments, across various measures of business value.

The top five business areas benefitting most from digital initiatives include:

Interestingly, however, the evidence shows that the applications where most companies focused their digitalisation efforts are not necessarily those that delivered the most benefit. For example, companies that reported a reduction of costs were most likely to be using digital applications focused on process control and optimisation (Figure 2). However, the impact was bigger when they used applications aimed at improving process design and definition. 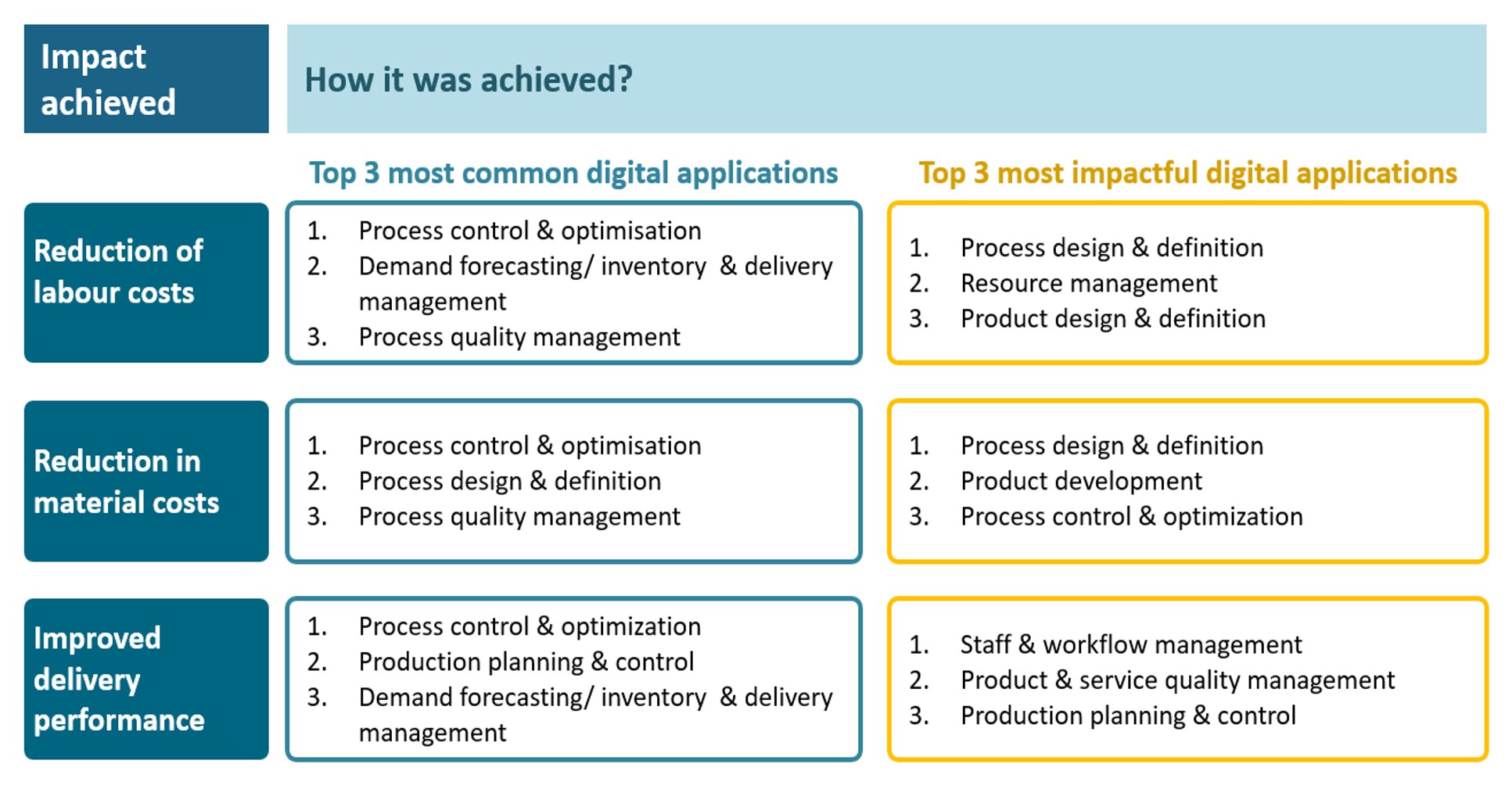 Figure 2: The most popular digital application is not always the most valuable

The analysis in the report enables a number of insights which can inform strategic decision-making, both for firms and for policymakers. Five key insights are:

The evidence gathered provided IUK with key evidence for inclusion in their business case, which was successfully awarded £120 million investment for ‘Made Smarter’, announced in autumn 2018.

The Practical Impact of Digital Manufacturing: Results From Recent International Experience, was commissioned by Innovate UK and written by the Policy Links Unit at the Institute for Manufacturing, University of Cambridge, led by Dr Carlos López-Gómez, with contributions from leading academic experts in digital manufacturing and policy, including Professor Duncan McFarlane, Dr Eoin O’Sullivan and Dr Chander Velu.